An angel and the head of a pin

I wrote this on my weekend break, in the north-east of England where it tends to the sunnier, population and traffic levels are down to the kind of thing I was used to in rural France and I have time to appreciate art.

I saw the Angel of the North for the first time today. It's right on the A1, but somehow, whenever I've come up this way since it's been in place, I've used public transport. It's a very moving statue, no wonder so many people love it. Something about its proportions challenges the camera (though not the eye) but I like it like this, with its wing spread over a group of people: 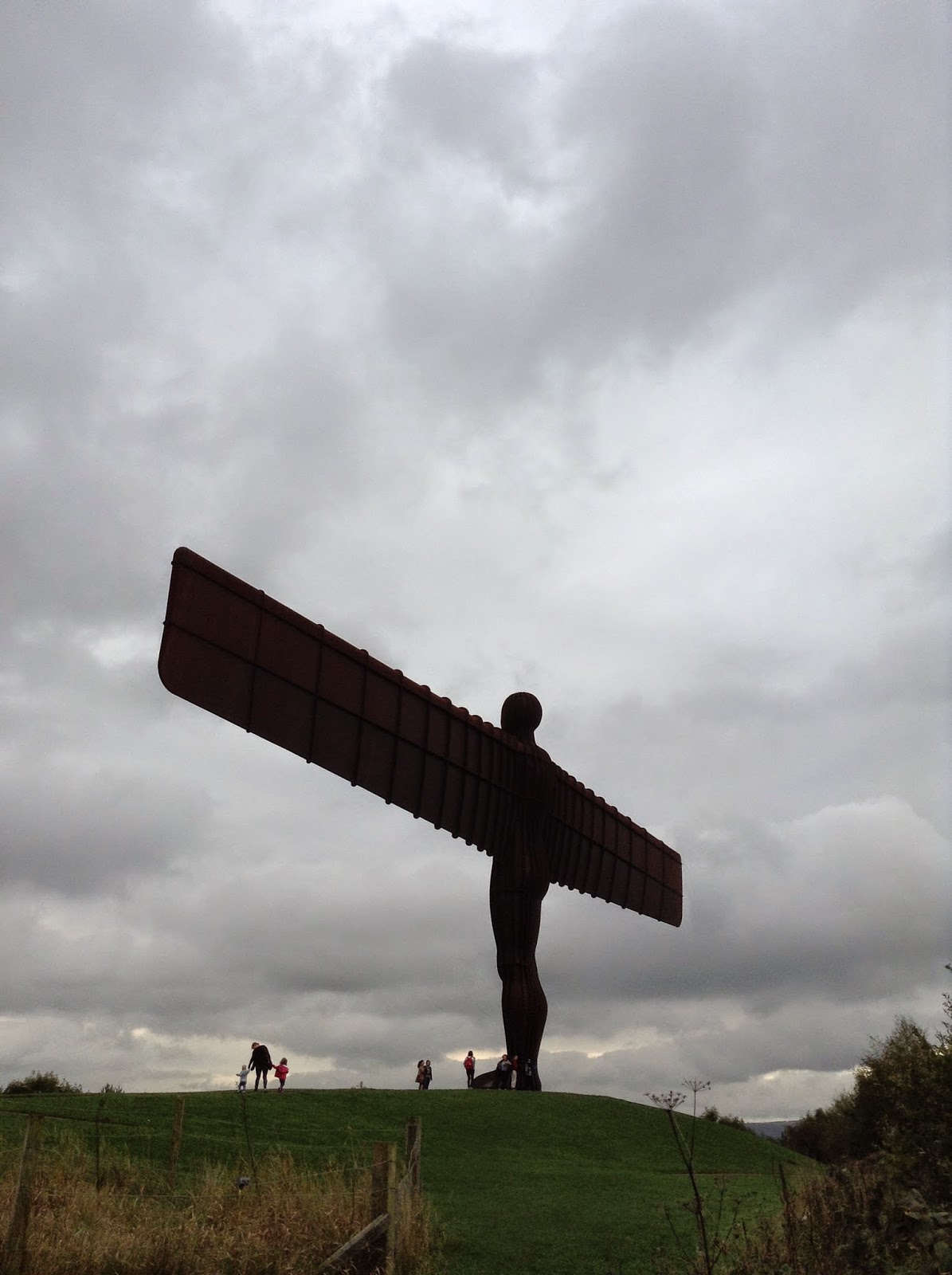 The angel is really special, but I was thinking, as I drove up, why an angel? Its creator, Anthony Gormley, said this:


Why an angel? The only response I can give is that no-one has ever seen one and we need to keep imagining them. The Angel has three functions - firstly a historic one to remind us that below this site coal miners worked in the dark for two hundred years, secondly to grasp hold of the future expressing our transition from the industrial to the information age, and lastly to be a focus for our hopes and fears.


This is really special as well. Willard Wigan was on Operation Stonehenge, giving his expert opinion on how (or who? children?) might have been making minuscule bronze age gold ornaments found near Stonehenge. What Wigan does in the world or miniature ornaments is just... WOW! although he's no longer a minor and uses a very fancy microscope. It's not so much the meaning of the figures he makes which is exceptional, its the ostentatious display of virtuoso craftsmanship that's such an incredibly human thing to do. I find both these pieces of art incredibly moving in their own way, but coming at me so close together like that, the contrast between them, the monumental and the miniature affected me very much as well and really got me thinking about the monumental and the miniature in writing.

In the end I decided to spare the world my philosophical cogitations on the subject and limit myself to informing you that I've decided to indulge in a little twitterature, while I finish writing a six-part fantasy series which has life, the universe and everything as its underlying themes. Like this, see:


Here is the history of the universe, the course of history, a human life, a life event, observed in the reflection of a petal in a dewdrop.

Email ThisBlogThis!Share to TwitterShare to FacebookShare to Pinterest
Labels: art