Cat Out of Hell by Lynne Truss: not so much a review as an investigation into its sources 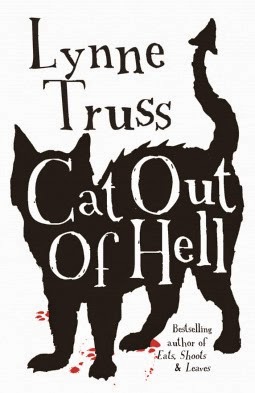 I just finished reading Cat Out Of Hell by Lynne Truss and I liked it... well, I liked it OK, to be perfectly honest. It's not very long, it is quite interesting, and although I kept thinking I knew where it was going, by the time it got there I could never remember whether I was right or not...

But that's not the point. The point is that I instinctively sensed a nugget of historical data buried in the story. Not wanting to include any spoilers, I'll only say there are references to British occultism which I thought must come from somewhere. I Googled various names and drew a blank. Then... (I should point out I was following the same procedure as the characters in the book)... so then, I Googled 'aleister crowley cats' to see what would happen. Google suggested I might be looking for 'aleister crowley cat torture' and it was right. For those who don't know, Aleister Crowley was one of Britain's most renowned occultists. In his 'The Confessions of Aleister Crowley: An Autohagiography', (I didn't make that up), he shares this little story from his misspent youth, c.1890.

I must premise that I have always being exceptionally tenderhearted, except to tyrants, for whom I think no tortures bad enough. In particular, I am uniformly kind to animals; no question of cruelty or sadism arises in the incident which I am about to narrate.

I had been told 'A cat has nine lives.' I deduced it must be practically impossible to kill a cat. As usual, I became full of ambition to perform the feat. (Observe that I took my information unquestioningly au pied de la lettre.) Perhaps through some analogy with the story of Hercules and the hydra, I got it into my head that the nine lives of the cat must be taken more or less simultaneously. I therefore caught a cat, and having administered a large dose of arsenic I chloroformed it, hanged it above the gas jet, stabbed it, cut its throat, smashed its skull and, when it had been pretty thoroughly burnt, drowned it and threw it out of the window that the fall might remove the ninth life. In fact, the operation was successful; I had killed the cat. I remember that all the time I was genuinely sorry for the animal; I simply forced myself to carry out the experiment in the name of science.

And there it is, my dear Watsons - Lynne Truss's original source material for her short novel, I'm almost certain of it. It's... I don't even know what to say about it... but at least I still have my hand in.
Posted by Anfenwick at 13:13