Girl Geniuses I grew up with.

Thanks to Loncon 3, I belatedly discovered Agatha Heterodyne, Girl Genius. She's Phil and Kaya Foglio's comic strip heroine and I'm loving her so far. She inspired me to post about the girl geniuses I grew up with. Mine are French and Japanese-living-in-Belgium respectively, because that's the language zone I grew up in. Hmm... only two of them. Are there any more out there? 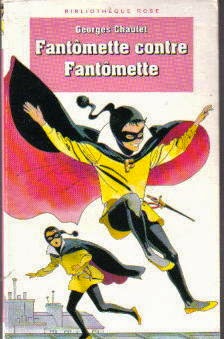 Fantomette is a real super-girl. She doesn't have magical powers as such, and she's not especially a scientist but there's isn't much she doesn't know and can't do. She sails ships, sword-fights and comes top in everything at school. She outwits bandits, uncovers crimes and solves mysteries which have confused all of France. When I was eight, I didn't understand how unnatural her abilities were. I remember making little checklists of the things I would need to learn if I was going to be like her. I even did some of them...

Fantomette's 52 adventures were written by Georges Chaulet between 1961 and 2011 for children in the 7-11 age bracket. That's about the age I was when I was spending my pocket money on them back in the '70s. They don't seem to have ever been translated, but hey, all you French learners out there - this is very accessible stuff! 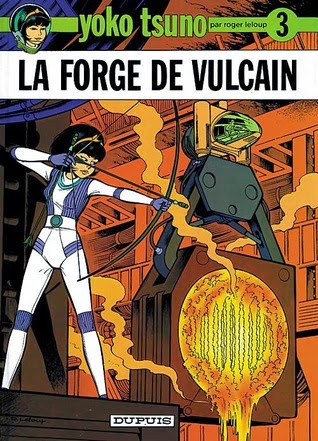 Yoko is more of a woman genius because while Fantomette is in her early teens, Yoko is in her twenties. She's an electronics engineer AND supremely clever, brave, competent, compassionate, etc, etc. She's Japanese, based in Belgium and travels the world, visits other planets and even goes back into the past.

Yoko is a comic series created in 1970 by Roger Leloup and still running, with 26 books to date. I would say they're suitable for kids from the age of 8-9 upwards but I didn't discover them until I was in my teens. I couldn't afford to buy them until I reached adulthood then I started acquiring them with my first pay check and still keep up my collection. I'm utterly mystified that only a few of them have been translated into English and that those don't seem to be selling like hot cakes. Meanwhile, everyone goes around saying stuff like 'Oh, there's no science-oriented heroines for girls!'

If you've got a favorite girl genius of any date, language or nationality, please let me know.

See also:
Women warriors I grew up with
Review of Lucy, the film about a woman who unlocks the full potential of her brain
We have always reclaimed our stories on Anfenwick.
Posted by Anfenwick at 07:51